Troubled waters. ….. (get this bit out the way early – having my say and a little moan)

2.5 years into my membership Marvel had grown significantly, and in doing so, become a victim of its own success. This is not an uncommon story, especially with trades that join BNI. They get busy and leave saying they’re too busy (because of BNI) absolutely baffles me.

But don’t cut off the direct hand that is feeding you! It also makes me smile when they re-join a few years later. Don’t join BNI if you don’t want to learn or grow your business- seriously, stay in your bubble and blinkered way of thinking.  The BNI Family – your chapter, DC and other members in the extended network – All want you to succeed – so if you are experiencing this, or see someone trying to manage this issue, there are ways to navigate, and ask for help – and get it too!

Marvel’s team was growing month on month, but from a business perspective, systems, processes and the general ‘way’ hadn’t been defined and rolled out to the whole team.

I was let down by trusted subcontractors (who I should have managed better); which directly affected my reputation in BNI and resulted in me being put on probation. To this day I can tell you this was the wrong decision (in the sense of what I was being punished for), a leak from a roof onto a brand-new shower pump we installed- an expensive and reputable model I should add.

This situation was the most unjust and unfair in my eyes, to the point where I was convinced to go back and change the pump at my own cost, when I felt it was the fault in the roof that caused it.

It was that or my BNI career done then and there.

Facing and conquering my own value of standing up to injustice for the future of my business and its people was really tough and not right- why me?!

Established members often have ways of making certain decisions leap frog a stage, and like any office, organisation, charity or football club there is and will always be politics. The danger is politics plus emotion can mean knee jerk reaction in leadership.

To add salt to the metaphoric wounds- The roofers were there, making the necessary repairs to the roof, which I had pointed out following the complaints that the new pump wasn’t working. People that are close to me, will know that injustice of any sort, means I have to speak out- whether its me, family or a stranger. Its why I’m a business owner and its why I challenge teachers, people, rules, regulations and authority when necessary- not to be flippant or arrogant. It’s one of my values. Its why I have the whole hero theme going on. Captain America is actually tattooed on my arm.  (If you’re intrigued as to pictures, you’ll find them on my Instagram) www.instagram.com/the_bni_heating_guy

So, one by one each of the committee members at the time had their say- bringing up non-issues or issues that had never been raised before, many of which were not BNI related. There were speculative and hypothetical questions which were irrelevant to the ‘investigation’ but someone clearly wanted me out.

Being put on probation and sulking for a week was the best thing that could have happened to me in terms of my BNI career and certainly as a life/business decision its overall effect is immeasurable.

Make no mistake this was my darkest moment as a BNI member. I felt that people that I had considered friends, were conspiring to throw me out and I had to take the injustice. It ate away at me. Tim Nicolaou was my DC at the time and he was fantastic throughout the process. He kept me focussed and helped dissipate the bitterness that was building up and ultimately made me stay. Tim brought me onto his DC team, he merged his heating business Heatwave with Marvel, when he retired in order that could focus on more BNI related business. Tim is a great friend and has been a mentor to me in many ways. Thank you mate!

I decided to make the doubters, my biggest referrers.

Learn leadership, business, coaching and psychology. Be relentless. Be the best. Build a vision and build my team. Help and build others. Guide and support and get on the inside so no one else would ever be subjected to what I had been. This resulted in me being Chapter president in 2016 – 2017 A year where the Fortune chapter experienced  the highest number of members and biggest TYFTB in its history.

My vision was to add 20% to the bottom line of each business. 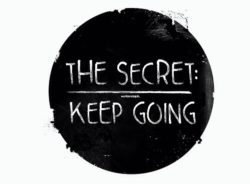 I made it about the members and there were several case studies at the end of this era to prove we had done that- thank you to Wayne-Francis Abbott and Stephen Silverman my leadership team.

So that’s the horrible middle bit out the way.